How to survive a zombie apocalypse

31 OctHow to survive a zombie apocalypse

For over a decade, a dramatic television series called “The Walking Dead” has aired on AMC. The show follows an eclectic group of survivors as they navigate the perils of a zombie apocalypse.

As time goes on, the ragtag team of unlikely heroes gains more experience in their new reality while their bag of tricks for surviving the environment expands. Early in the show it is discovered that zombies locate their living prey by sense of smell. Their vision is only good enough to detect if someone’s behavior is wildly different from the expected movements of the undead.

This information leads to a recurring theme wherein the protagonists find themselves surrounded by a hoard of the “walking dead” with seemingly no escape. The solution? Covering themselves in zombie guts to overpower the smell of humanity and act like the undead, hoping to go undetected through the crowd to the next safe destination.

This tactic does not happen spontaneously. Most of the work is done beforehand with meticulous planning that uses all the time they are afforded to gather necessary materials, map the best escape route, and brief anyone who has not been through the situation before on what to expect during what will certainly be a harrowing experience. Only once properly prepared does the group attempt this escape.

There is always at least one leader among them who has weathered this situation before. They know that even when everything seems to be going awry you must not lose your wits, do not try to outrun the mob nor stop your trudge to safety. The veteran survivors know that the path will be fraught with unforeseen hazards, but the plan set in place will bring them to their goal only if followed with steadfast determination. They focus on what they can control and are not shaken by what they cannot, no matter how unnerving.

Whether or not this journey is ultimately successful does not depend on giving an Oscar worthy zombie impression or even how well the survivor can stomach the rancid smell of undead entrails. The determining factor for getting out alive is how the characters respond to fear.

Often a member of the party will lose their cool and act erratically. If they stand out and are discovered to be human by screaming, running or failing to continue forward, the hoard will notice, and no amount of zombie guts will disguise them again. Always a fatal mistake.

Why is it that despite the method being tried-and-true, the plan being painstakingly set in place and communicated with a general understanding of the possible pitfalls that some still cannot stay the course? Again, it comes down to fear.

When faced with a fear-evoking episode, brain scans have shown that energy is diverted from our higher-level processes like logic and long-term planning into our baser instincts, enabling us to act fast.

Basically, fear takes over the brain and causes us to react to the moment with speed but not always rationality. There is no time to analyze all information and lessons of the past, only to be swallowed up by the crushing weight of the present that says you must act now to remove the fear without regard for the future.

Has a Halloween decoration ever moved unexpectedly and startled you? It is natural to scream, jump or flinch without thinking. Unless your tolerance for fear is abnormally high, your first thought was probably not “all of the evidence I have to this point my life would suggest it is very unlikely that this threat is real or harmful.“ Yes, that is the reasonable way to respond, but a reaction brought on by fear doesn’t have time for that.

Now, understanding these physiological happenings, imagine you were in the Walking Dead scenario. You have been tired, cold and hungry for a long time, you feel hopeless and helpless, you know many people who have succumbed to the same deadly forces that are closing in on you now. You have managed to stay alive through more devastation than you ever thought possible but now your back is against the wall and your time to remain in safety is running out. Someone you trust but have only known for a short while lays out the details of a plan that has gotten them out of this same situation in the past. You surreptitiously gather a few corpses of now truly dead undead, use their rotten body parts to mask your human stench with the creature’s foul odor. You have a general understanding of the direction you will be heading. You are told to expect the unexpected.

You step out into the dark, reeking of decomposition and see swarms of mindless, murderous animated bodies between you and your goal. You are relieved at first as you get close to the first dangerous creature and pass by unnoticed; the camouflage is working. As you brush against zombie after terrifying zombie your resolve begins to deteriorate. Your head is spinning, and you lock eyes with the empty sockets of a ghoul—just then a clumsy companion trips and grabs onto you tightly for balance. Is it so unbelievable you would be overcome by fear at this point? Would you scream? Would you flail and run? Would you become catatonic in such overwhelmingly dreadful circumstances? Or would you be able to stay the course that was made with pragmatic, complex thought designed in safety—keeping your goals front of mind and having them guide your behavior?

If you haven’t guessed, this is a thinly veiled analogy to the current state of global markets and the emotion it is evoking in many investors. Between economic uncertainty, talk of recession, wars, supply chain issues, oil prices, inflation, and the many other “zombies” we face today, it may feel like we are living through some sort of apocalypse.

Your initial reflex might lead you to believe that taking dramatic action to remove yourself from this scary situation is the best solution. However, decisions based on fear do not serve your long-term interests. Losing your nerve now and taking irrational actions like getting out of the market, halting retirement plan contributions, or taking unnecessary risks could very well be mistakes from which you cannot recover.

When your financial plan was created, your advisor knew there would be times like these. Like the veteran survivors from The Walking Dead, we have been through similar events and lived to tell the tale. We have learned that you cannot outrun the zombies, nor can you simply pause your plan until they pass. It is unknown exactly what monsters lurk in the shadows or when they will strike but that is out of anyone’s control. The right solution was decided long before we stepped into the swarm of the living dead. We must master our emotions, remind ourselves where we are headed, and remain disciplined in the fundamental practices that reliably brought success in the past. The test now is to keep faith.

So, if you find yourself overwhelmed by apocalypse-induced fear, take a deep breath and slow down. Look at the present in the broader perspective of history and remind yourself that your goals for the future should dictate your actions, not the zombies of today. 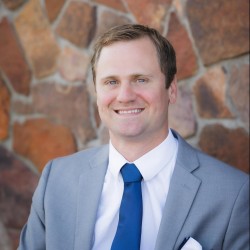